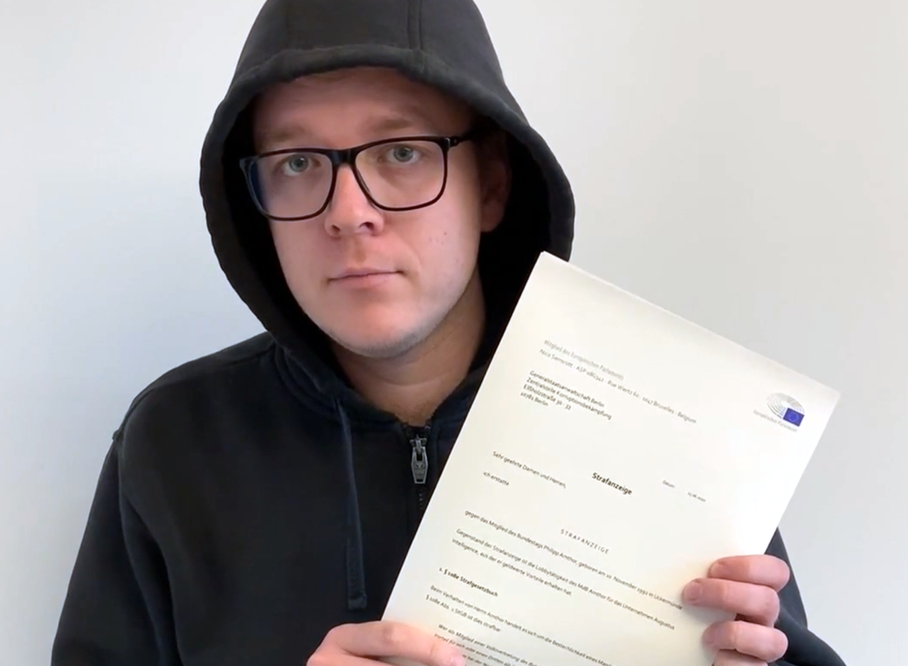 Philipp Amthor: Young, conservative and corrupt
Bundestag Representative Philipp Amthor lobbied Germany’s Economic Minister for support on behalf of the company Augustus Intelligence, whose fortunes he had a stake in – he was given a spot on the board of directors and offered at least 2,817 shares. That’s called corruption. After Der Spiegel reported on the affair, Philipp Amthor wrote in response that he can’t be bought with bribes. Seeing that Amthor studied law himself, he surely knows that this is something for the courts to decide. That’s why I – on his behalf as well, of course – filed a complaint against him.

What happens now?
Currently the Attorney-General is investigating whether there is sufficient cause to suspect bribery of an elected official took place. If it is found that Amthor illegally helped advantage Augustus Intelligence, he will be subject to punishment.

Has the CDU (Christian Democratic Union) distanced itself from Amthor’s behavior?
Haha, it’s the CDU that we’re talking about here! Au contraire: Multiple district chapters have even increased their support for Amthor’s candidature for the CDU’s leadership post in the state of Mecklenburg-Vorpommern.

As a member of parliament, Philipp Amthor enjoys political immunity. Is it even possible to bring charges against him?
The Bundestag will first have to carry through a measure lifting Amthor’s immunity. Nico knows a thing or two about this process – just recently he voted along with a majority of the European Parliament to lift the immunity of Gunnar Beck, representative from the Alternative for Germany (AfD).